"The pictures pretty much tell the story, but here's a brief explanation...They were traveling in southern Arkansas, between Mena and DeQueen. Oncoming car clipped a deer and sent it straight up into the air. The deer came down head-first into Clayton's brand new truck. The deer's head went thru the front windshield, cutting the head (plus some) off, and landed in Jill's lap. The body of the deer flipped up, smashed in the top of the truck, and landed in the bed. Clayton couldn't see Jill from his side,because the top of the truck was smashed in so horribly. He got out of the truck, went around, and opened the door on her side...only to start flipping out, because she was literally drenched in blood. However,neither one of them was hurt. Her parents were following in a separate vehicle and didn't see it happen...but drove up on it right afterward. I can't imagine what they were thinking! I know this isn't a unique experience, but I've never personally known anyone that it's happened to or seen pictures. Crazy!" 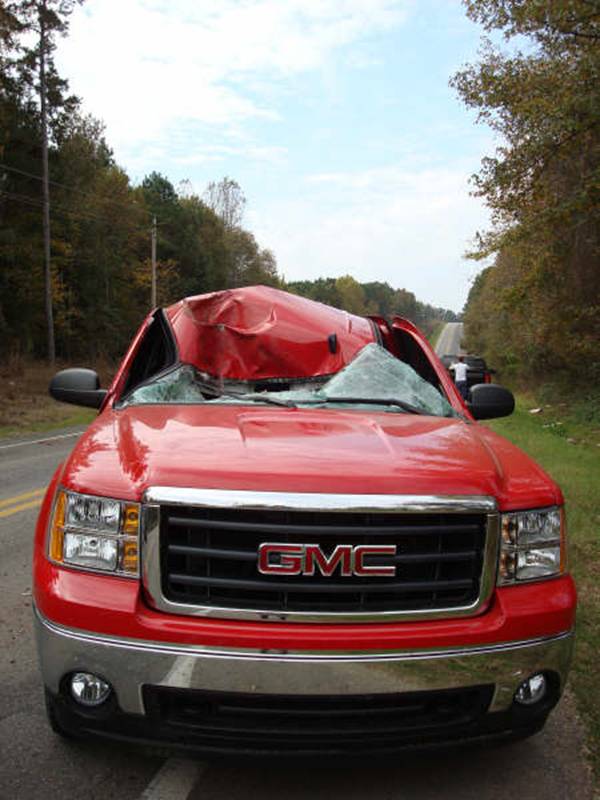 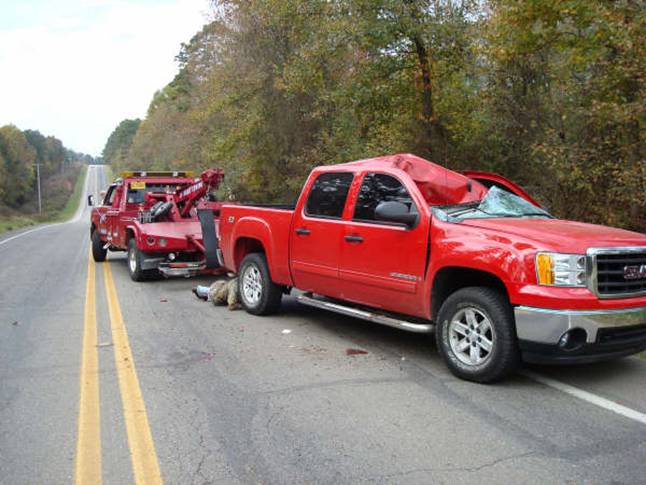 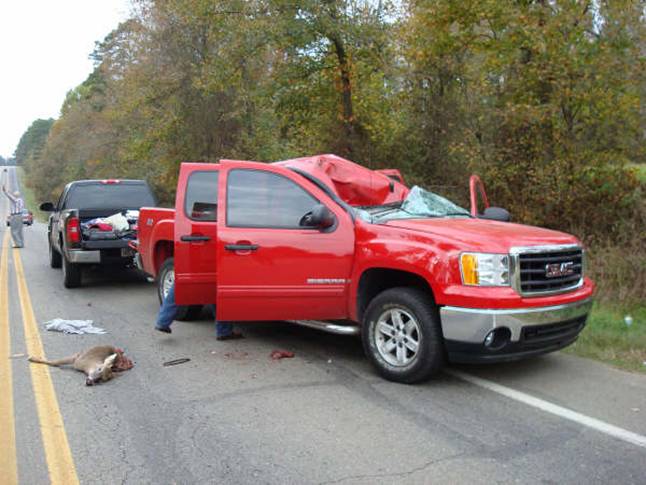 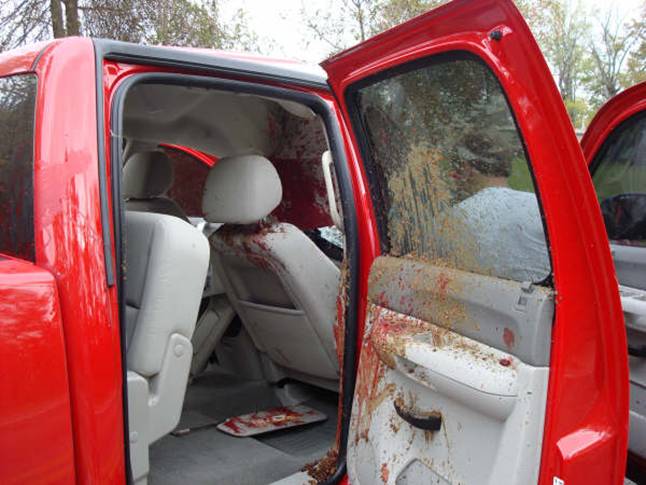 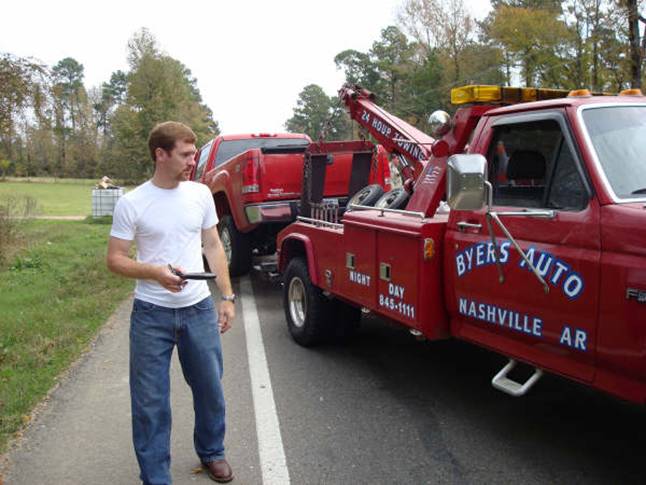