This deer was taken just outside of Palestine, TX on November 2, 2008.  As usual there are a lot of rumors on the internet about this deer.  The following was confirmed on Snopes.com

"The deer was actually killed November 2, 2008, on a privately owned ranch outside of Palestine, Texas. The piebald deer scored 138 5/8 gross with a total body weight of 195 pounds. My husband is getting the deer full body mounted. Anyways, I just wanted to give you this information since there are lots of emails going around saying the deer was harvested in Michigan, Arkansas, West Virginia, and Georgia just to name a few. One email even says that the deer was sold to Cabelas for $13,000! It is crazy." 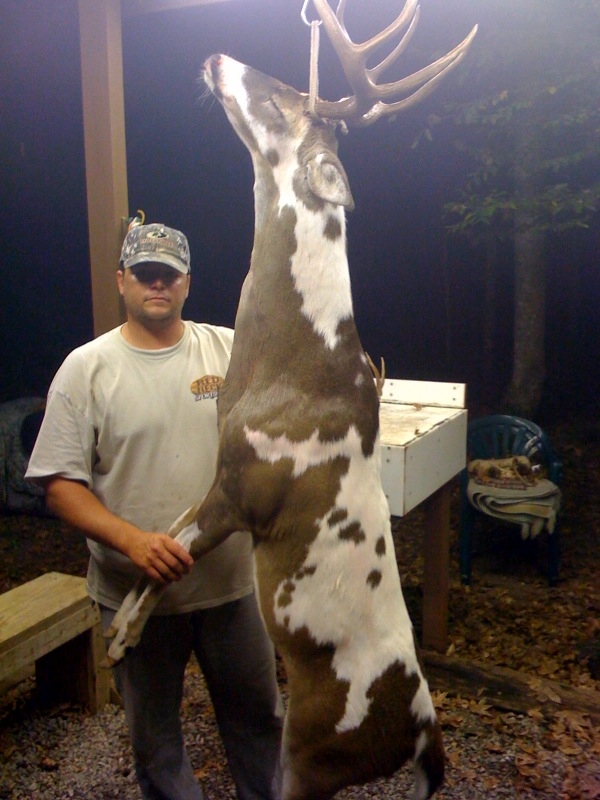 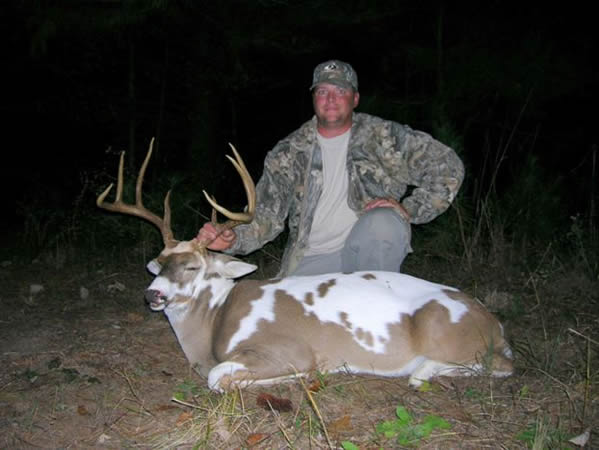 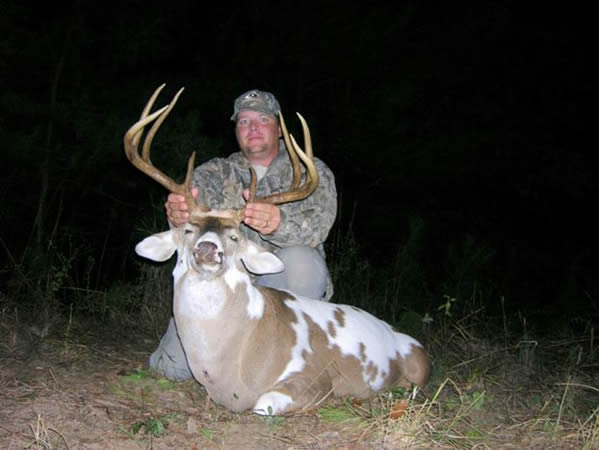