This buck was shot by a 14 year old Amish boy with handmade long bow.

This buck was taken by a 14 year old Amish boy near Dalton, WI . He used a hand made long bow and made the killing shot by stalking the huge buck using corn husks for cover. The boy's family would not allow him to pose with the trophy animal for pictures so a nearby neighbor, Willie Flacid posed and is also acting as spokesman for the Amish boy.

According to Flacid, the Amish family has already received several offers from outdoor sporting companies to purchase the trophy. No dollar amount has been announced yet, but according to Flacid, 'the amount of money being offered is enough so that no one would ever be hard up again." 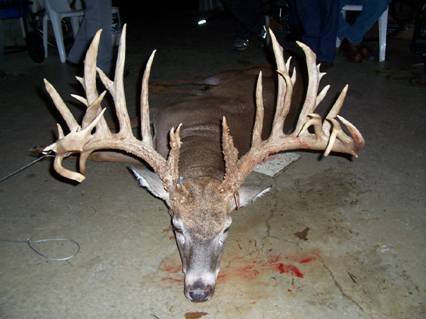 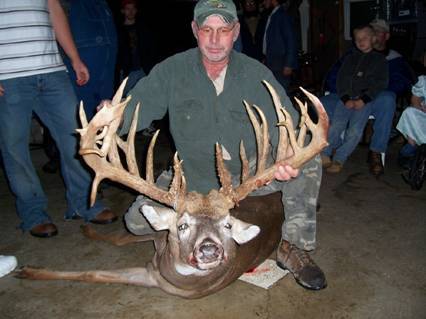 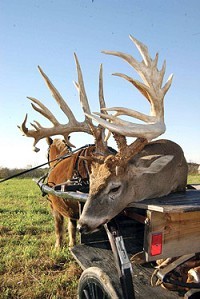